Comcast’s NBCUniversal enters the streaming market with its newest service Peacock, along with a unique pricing model. 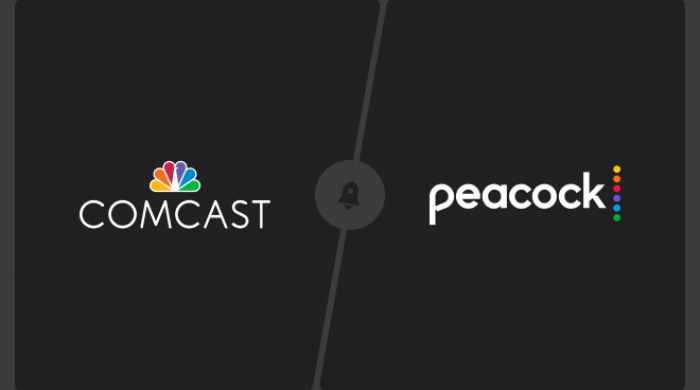 Remember the days when cable and satellite TV were still a thing? Streaming video services, like Comcast’s Peacock, have since taken over the market with a growing number of viewers “cutting the cord”. ‍

In fact, if you look at some of the most recent figures, it becomes clear why the streaming video on demand (SVOD) market is so attractive:

With numbers like these, is it any wonder that new players keep entering the SVOD market? Traditionally, Netflix, Amazon Prime, and Hulu have dominated the industry, but several newer companies are giving them a run for their money:

Now Comcast’s NBCUniversal has gotten into the game with Peacock, a new SVOD with a unique business model. This is the story of how the company plans to use a corporate startup to compete in a saturated market.

How it all started: Comcast’s NBCUniversal.

Comcast took a hit in 2019 and lost over 733,000 viewers. The losses were made worse by the economic downturn caused by the corona pandemic, and one thing became clear: It was time to branch out and come up with a new way to bring in revenue.

In 2019 Matt Strauss, chairman of Peacock and NBCUniversal Digital Enterprises (then executive VP of Xfinity), was tapped to fast track and launch Peacock in 10 months with a budget of $ 2 billion.

Peacock is a video streaming service that features shows from NBCUniversal’s broadcast and cable networks, along with films from Universal Pictures, Dreamworks Animation, and Focus Features. The service also offers a number of exclusive new TV shows and movies, including several reboots of shows like “Saved By the Bell” and “Battlestar Galactica”.

In addition, Peacock viewers can access live sports, news updates, an on-demand library, and several streaming channels that are broken down by category.

The new SVOD is even taking a few shows away from Netflix in the U.S. like “Friends” and “The Office,” which are both bound to bring in lots of viewers.

As described by Strauss:

“By delivering timely and topical content like live and breaking news coverage, kids content, live sports, and water-cooler moments from late-night, Peacock is uniquely bringing a pulse to the world of streaming that does not exist in today’s marketplace.”

The Peacock offering consists of 3 tiers; each meant to appeal to a different demographic:

New users in the U.S. can sign up for the free, premium, or premium ad-free subscriptions through the Peacock website.

Competing in a saturated market.

Although Peacock was successfully rolled out in a short period and currently has over 10 million users, the road to success has been far from smooth. The startup missed out on a crucial opportunity to showcase the Summer Olympics when they were postponed due to the corona pandemic.

Another significant setback is the fact that Peacock is a relatively late entrant to the SVOD market. This means competing not only with established companies like Netflix and Amazon Prime but also with newer entrants like Disney+, Apple TV+, and HBO Max.

When asked about these challenges, Strauss explains:

“There’s been a confluence of things we’ve had to navigate. But that’s one of the advantages of being a start-up. You can be scrappy, you can be flexible. You have to be ready and willing to make adjustments along the way.”
‍

Here are a few of the ways Peacock is coming out on top:

Unlike other SVOD services like Netflix and Amazon Prime, Peacock’s unique 3 tier offering is inclusive, enabling people who can’t afford extra costs to access the service. As explained by Strauss:

“There were already signs of subscription fatigue. And there was this belief in the industry that people didn’t want advertising or didn’t like advertising. That just isn’t true. Free, ad-supported content plays to our strength, and that has been where we focused.”

In addition, premium viewers will get access to live content, and early access to late-night shows. For many viewers, this could be the perk that makes them choose Peacock over other SVOD options.

The free and premium versions will also yield vast amounts of data based on the user’s viewing habits. That data can, in turn, be used to attract advertisers who wish to target commercials based on user interests and programming preferences.

Peacock’s main goal isn’t solely focused on new subscription growth. Both Comcast and NBCUniversal plan to generate revenue by using Peacock as a tool to drive interest back to their core business.

Comcast plans to invest $2 billion in Peacock over 2020 and 2021 and it will recycle a lot of its content to attract viewers. The overall D2C pivot is leaner than competitors like Disney and Warner Media.

Both Comcast and NBCUniversal have high hopes for their new SVOD, with projections of $ 2.5 billion in revenue and 30 to 35 million users by 2024.

NBCUniversal Chairman of Advertising & Partnerships Linda Yaccarino believes that Peacock “will define the future of advertising” by making ads more interactive and immersive. Companies like State Farm, Target, and Unilever are already on board to advertise on the new platform.

There will also be a myriad of options for advertisers wishing to partner with Peacock, including:

It’s too early to tell if Peacock will indeed reach its 2024 goals, but so far, there’s every reason to be optimistic. Keep checking out our Bundl content for updates on their progress!

Do you want to share your corporate-startup story with our global community, or do you have a question about intrapreneurship? Let’s talk!

Neocare Solutions: An app inspired by a doctor’s first-hand experience in the NICU

Going through a neonatal intensive care unit (NICU) with a premature infant is a profoundly disorienting experience to parents. 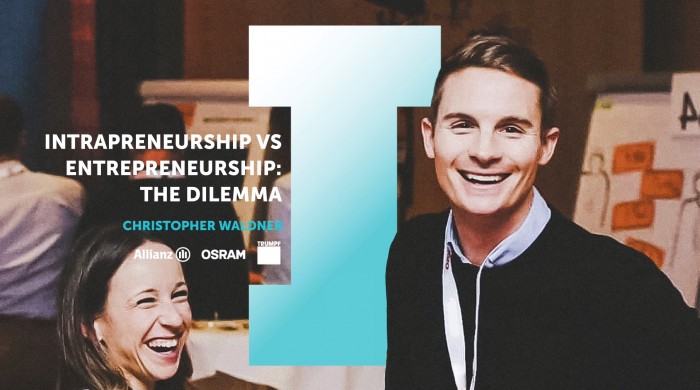 Christopher Waldner knew from an early age that he wanted to build companies from scratch. But when it came to choosing an acad...

Step into the future of retail with Jetblack, Walmart’s conversational commerce startup

Currently targeted at busy upper-class parents living in Manhattan or Brooklyn, Jetblack promises to learn its users’ preferences and lifestyles.