What happens when a 150-year-old investment bank decides to throw its hat into the digital consumer banking arena?

Fintech solutions have radically disrupted traditional banking practices, giving way to a new era of more convenient, efficient and, in many cases, instant options to manage our finances. Case in point, a corporate startup by Goldman Sachs: Marcus.

Online banks seem to be popping up everywhere, with fewer restrictions, more convenience and an ever-increasing number of patrons (e.g. Wise, N26, Chime, Revolut, etc.). Traditional consumer banks are doing their part to keep up, launching their own fintech ventures with some pretty stellar results (e.g. SurePay, Vipps).

But what happens when a 150-year-old B2B investments bank decides to throw its hat into the digital consumer banking arena?

This is our Corporate Startup of the week:

In this article, we’ll be taking a closer look at Marcus (named after Marcus Goldman, one of the bank’s original founders) and how it enabled Goldman Sachs to leverage its brand, balance sheet, and risk-management DNA to bring in an extra $1,2 B in revenue for 2020.

Headquartered in New York and founded in 1869, Goldman Sachs is one of the world’s largest and most prestigious investment banking enterprises. It has over 40,5 thousand employees, a presence in over 60 cities and a recorded revenue of $44,56 billion for 2020.

Goldman Sachs offers its customers a variety of banking and financial services, including:

In 2016, the bank made a strategic decision to increase its revenues by expanding into the consumer banking market with a digital-only offering. As described in a Harvard Business Review case study:

“The move marked a dramatic cultural as well as product shift: the 150-year-old institution historically served only businesses and the wealthiest of individuals.”

One of the authors of that same case study, Rory McDonald, described what he considers to be the reasons behind the shift during a podcast interview:

The result was a venture known today as: Marcus by Goldman Sachs.

Marcus made its debut into the world of consumer banking, offering unsecured personal loans for the mass market. Under the simple slogan, “you can money”, it continued to grow at a rapid pace, rolling out its high-yield deposit service the very next year.

From the beginning, Marcus was developed as a startup within Goldman Sachs, as opposed to residing in a separate location. This was meant to support the new venture’s assimilation into the greater organisation.

The road to success wasn’t smooth at all, and there was a lot of scepticism around the concept, both within the bank and externally. In 2019, the Wall Street Journal published a critical article describing some of the hurdles experienced by the new venture, including:

Finding the right core team for the job was also a challenging endeavour because it involved finding leaders with the right experience and the ability to navigate the established culture within the bank. As described by McDonald:

Despite some of the initial bottlenecks, Marcus managed to thrive, consistently getting positive reviews from organisations like Forbes, Investopedia and Bankrate. Their success is not to be taken lightly, with plenty of predecessors that have tried and failed with similar ventures:

The services in this category revolve around helping clients find the right option to “make the most of their money”. Savings options include:

Savings accounts with Marcus charge no opening, maintenance or transaction fees. They also have no minimum deposit or balance requirements.

Marcus Insights offers users various free tools and trackers that deliver personalised insights to make more informed financial decisions. These tools are accessible through the Marcus app or Marcus.com, even for non-customers.

The benefits for Goldman Sachs

Launching a startup like Marcus was a huge gamble not only because it required a substantial investment but also because its failure could have hurt the Goldman Sachs brand and reputation. But the gamble is surpassing all expectations.

Through the new venture, Goldman Sachs has been able to:

In addition, Marcus enabled its parent company to effectively leverage existing corporate assets to create new revenue. Some of the assets leveraged include:

Earlier this year, Goldman Sachs announced its plans to launch an automated investment app for Marcus customers in the UK. The launch is scheduled for the first quarter of 2022. As explained by Des McDaid, the Head of Marcus in the UK:

"We have been delighted with how fast and how quickly we have grown. The challenge now is how do we repeat the formula we used for savings to offer our customers an accessible platform for investing products."

Marcus is also going through a change in management following the departure of Omer Ismail, former Head of Consumer Business (who left to work on a new Fintech startup by Walmart). New appointments include:

The chief executive role previously occupied by Omar Ismail will be filled by former Uber VP of Technology, Peeyush Nahar. The infusion of new talent is sure to take Marcus to new heights in its development, and we can’t wait to see what the next steps will be.

Would you like to explore new growth markets or take your existing venturing strategy to the next level? We can help you build a tailored strategy that that leverages your unique corporate assets and meets your growth goals for the future. 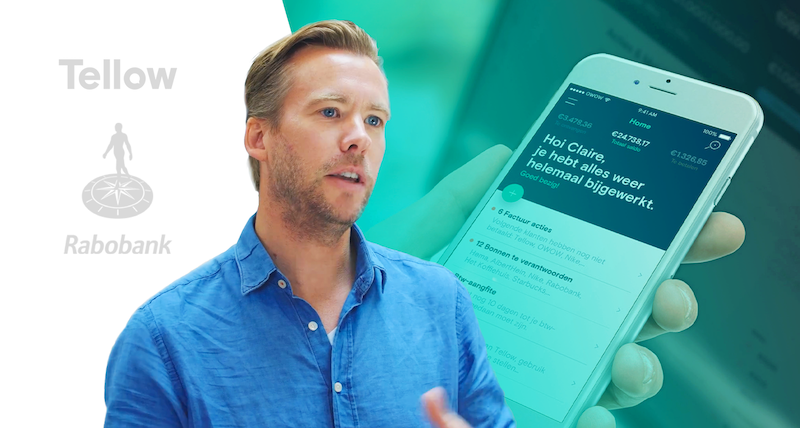 Jochem Baars was Strategy & Innovation Manager at Rabobank when he participated in the bank’s first Moonshot campaign. There, Tellow was born.

In this article, we'll tell you how to identify the 5 key warning signs that show you need to seriously step up your corporate innovation strategy game.