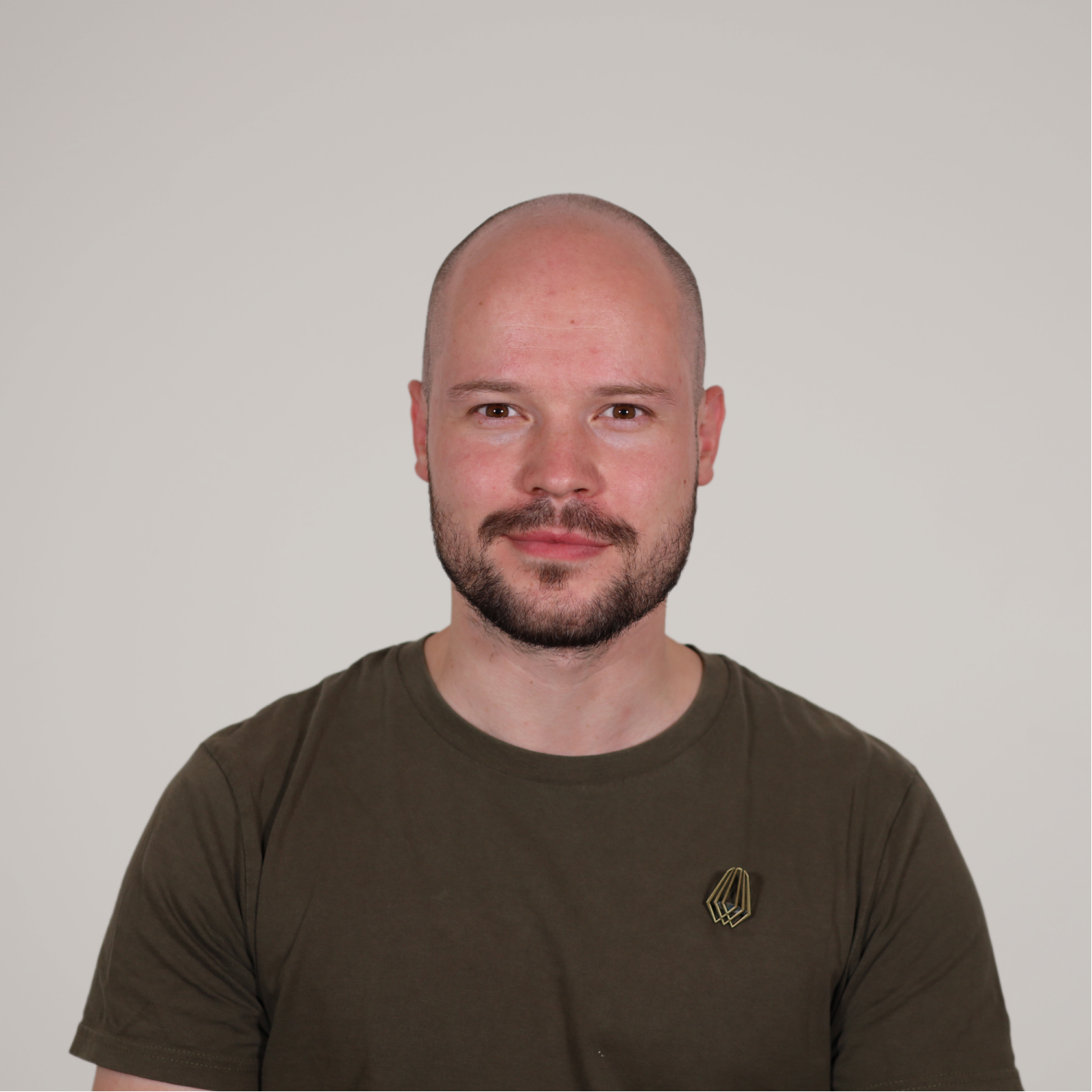 Top 4 Innovation Myths that Keep your Company from Winning

Or how you convince yourself that the grapes you can’t reach are sour.

“Driven by hunger, a fox tried to reach some grapes hanging high on the vine but was unable to, although he leaped with all his strength. As he went away, the fox remarked ‘Oh, you aren’t even ripe yet! I don’t need any sour grapes.’”
Aesop’s Fables
‍

It’s a simple story with a powerful message: People tend to rationalize their behavior in illogical ways. Unfortunately, I see it happen a lot when talking to potential clients about innovation: They have somehow convinced themselves that their industry is exempt from disruption.

When digging a little deeper, it usually becomes clear that they understand innovation is important, but they are more focused on the immediate than the delayed. Simply put, they are too overwhelmed by what’s urgent right now to see the important up ahead.

The arguments used to justify their modus operandi are remarkably predictable, and for the most part, false. To ensure your company doesn’t suffer the same fate as millions of cab drivers that underestimated Uber, this article lists the most dangerous myths surrounding innovation, and how to avoid them.
‍

We don’t have the resources

The most common excuse we hear when asking clients what has kept them from innovating in the past is that they don’t have the resources. More specifically, clients feel they don’t have the time, the budget, or the people necessary to start an innovation track.

Sounds familiar? Let’s have a closer look at why this shouldn’t stop you from finding Blue Oceans in your industry.

We don’t have the time

Time is relative – ask Einstein. Even for us non-quantum-physicists, it can feel as if our time is swallowed up by meetings, emails labeled “urgent,” and desperate colleagues. When people say they don’t have the time, they usually confuse what is urgent with what is important. Urgent tasks have the nasty habit of filling up all of your empty calendar space, leaving no time for what is important.

The catch-22 is that the companies that are the busiest and most understaffed are usually the ones that will benefit from an innovation track the most.

You’ve probably heard the saying: Work expands to fill the time allotted to it. Innovation can take as much or as little time as you want it to. Personally, I believe in keeping innovation tracks short and intensive. A big burst of creative output with clear-cut results and the right decision tools to evaluate a potential investment.

At Bundl we arrive at a Value Proposition in as little as five days, three of which involve our clients. Now I don’t care how busy and understaffed a company is, if you cut your meetings in half for a week, you have just made time for an innovation sprint.
‍

We don’t have the budget

One of the biggest misconceptions about Innovation is that it comes with at least six zeroes attached. This problem is mostly a matter of priority: urgent work (a time issue) interferes with the progress of the innovation track, leading to inefficiency (a money issue).

One of the biggest benefits of working in innovation sprints is that you progress quickly and evaluate often. The tiered approach ensures there are enough cut-off points in case the track isn’t going anywhere, and the focus on tangible results leaves no time to be wasted in unnecessary meetings.

My coworkers at Bundl know not to bother a Venture Builder when they’re “in sprint” because they’ll have little time for anything other than creating the next big thing.
‍

Innovation is done by visionaries like Steve Jobs or Elon Musk

Well, yes. Innovation is done by visionaries like Jobs and Musk, but that doesn’t mean it cannot be done by “non-visionaries” such as ourselves, the common people. In my previous article, I broke down step-by-step how to predict future customer needs if you are not blessed with the gift of foresight.

More importantly, creativity is not a one-man-show. We like to portray the genius of successful businesses as the result of one man’s genius, but in reality any feat of note that has ever been achieved was the result of a team effort.

I have been in workshops with people of all cultural and professional backgrounds, from engineers in Singapore to Legal and Compliance workers in The Netherlands to refugees from the Middle East and Africa. One thing we all have in common? We arrived at viable new value propositions with every one of them—with the right creative guidance and entrepreneurial support.

There are, however, ways to evaluate someone’s profile to increase the chances of picking the right people for your innovation team. A good example is the template we use to evaluate innovation profiles:

We need a breakthrough new technology, which doesn’t exist yet

For most consumer-facing companies, traditional R&D is a slow and expensive road to nowhere. It closely resembles scientific research: people don’t know what they’ll find (if anything), and even if they do find something, that doesn’t mean it will pay off.

Breakthrough value propositions are rarely the result of breakthrough technologies. The capacitive touchscreen has been around since the early seventies, and IBM launched the first touch-screen phone in 1992. It wasn’t until pinches, swipes and high-resolution screens were introduced with the first iPhone that touchscreens became relevant.

The misconception here is that consumer-facing innovation is a technology-first process. It’s not. It’s a context-first process. A product’s meaning and relevance are defined by the context in which it is used and what interaction within that context it provides the end user. Confused? I wrote another article that explains this further. You can find it here.

Innovation is about luck – it can’t be tackled systematically

Technology-first innovation is a matter of luck, yes. Even context-first innovation depends on the analysis and prediction of complex systems of mostly qualitative (sociocultural) variables, which is far from a foolproof system. But luck is regulated by probability, and probability is something we can game.

An innovation process with a high probability of success is one with a lot of options. In the same way that having a variety of clothing in your closet makes you adaptable to varying weather, having a variety of concepts protects you against the deal breaker feedback you may get on the road to your new venture.

If we view luck as a brush with fate, optionality helps us guide fate’s hand. Many times the best ideas are the result of serendipity: the coincidental synergy of several small ideas, coming from different minds, and interconnecting to form something greater than the sum of its parts. The more small ideas generated, the bigger the chance that some of them will align in perfect harmony and force a creative breakthrough.

But optionality is about more than generating multiple ideas. It extends to the workshop’s format and participants too. A good brainstorm involves more than one exercise with a variety of focus areas. It also benefits from including the right mix of profiles that each bring a different set of skills and expertise to the table. Optionality helps us find the right venture before building the venture right.

Lateral thinking as a creativity tool is nothing new, but it has an extra-special value in the context of value building. The best way to describe it is “the translation of one or more properties of an adjacent or radically different context into the current one.”

More concretely: The best business models’ innovations are often in the translation of pre-existing business models from one industry to the other. A contemporary example is how everybody is trying to become the Spotify of [x] or the Uber of [y]. Laterality takes away some of the uncertainty of an innovation track by relying on concepts that have worked in other areas.

I like to use analogies in my sprints for that exact reason. More often than not, the best idea already exists in another vertical.

Feedback loops allow us to fail fast and learn quickly. Both of which are essential for launching a successful startup. Too often our corporate clients assume they can tackle innovation like every other project: by planning upfront and executing linearly.

Building a venture is rarely a straight line to the market. It is chaotic, stressful, and you will at times border on desperation when looking for the right market-fit. That’s why feedback is crucial to success. Sometimes we cast a simple vote. Other times we pitch and collect the reactions. If we really want to put an idea to the test, we involve a wide board of experts, ranging from actual customers to seasoned entrepreneurs and industry experts, to pick the idea apart.

The point is to stress test ideas from all angles. Every time an idea doesn’t make the cut, we come closer to hitting gold. Any time a value proposition doesn’t pass the market validation, we use the feedback to improve our product.

Does that mean we leave everything up to chance? The answer is, of course, no. We wouldn’t be very good at our jobs if we did so. We do plan ahead, but we shorten the planning cycles and focus on the process.

Whenever attempting something risky, like building a startup in unfamiliar territory, you want to be able to bail before your losses are insurmountable. The balance is delicate: you don’t want to get cold feet and bail too early, but you also want to avoid a catastrophic drain on your resources.

Agility allows us to break up a track in separate manageable chunks, each with their own go/no-go decision. In the ideation and concepting phase, one chunk might be a month long. Moving on to validation, it might be two or three months. But as soon as we go to market and launch a new company, the minimum cycle lasts six months.

The goal is to have enough cut off points to discontinue a losing proposition, but few enough to force an actual commitment to try and make this thing you are working on actually work.
‍

Often the urgency of our day to day tasks and the immediate threats to our businesses distract us from the important process of renewal, improvement, and growth. It’s easy to rationalize why a 100k investment to boost sales on a declining product is warranted but investing in actual innovation is a waste of resources.

Our minds trick us into prioritizing short-term comfort over long-term success. But by keeping your eye on the pennies right in front of you, you might miss the bulldozer coming for your business up ahead.

Throughout the course of history, diversification has been the only tried and true survival strategy. Optionality governs evolution in nature and disruption in business.

Don’t make the same mistake that thousands of hotel owners and millions of cab drivers made, thinking their current business was a sure thing “because it has always been that way.” Rise above your initial reflexes and start investing in the future!

Do you have your own story to share? Get in touch!

7 Corporate Innovation Challenges to Tackle in the New Normal.

Future-proofing your business for the post-Covid landscape has never been more important. Let’s explore 7 of the most common corporate innovation challenges facing today’s businesses.

Serial 1 Powered by Harley-Davidson: E-bikes made by an American motorcycle icon

How Harley-Davidson leveraged over 100 years of engineering to create a new spinout specialising in state of the art e-bikes.

8 Key steps to make your D2C venture a success.

No matter where you are in the journey, following these steps will point your D2C venture in the right direction.